Metals and Their Properties: Copper

Just like with iron, knowing all the properties of copper can help you to know whether or not you can recycle it – as scrap metal recycling experts, we strive to provide accurate and useful information about ferrous and non-ferrous metals, which can help you gain a deeper understanding of the recycling world! 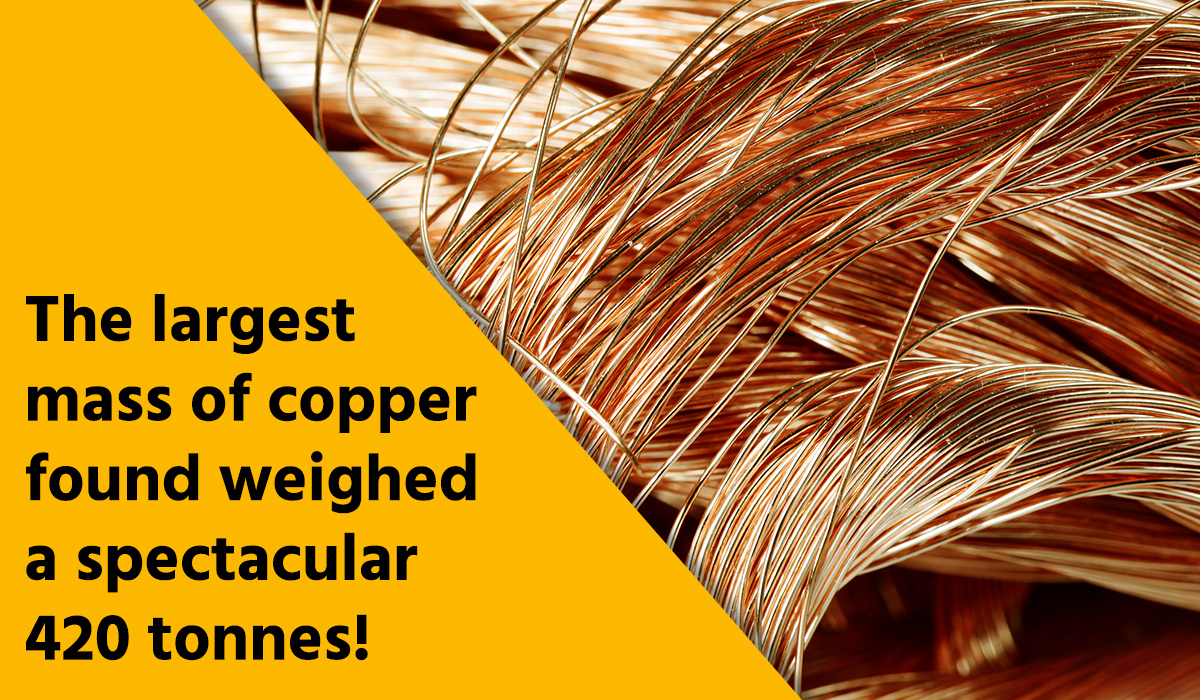 As a chemical element, copper is represented by the symbol Cu in the periodic table and has the atomic number 29. As a metal, copper is ductile and malleable and valued for its high thermal and electric conductivity. Copper occurs naturally but its greatest source is in minerals like chalcopyrite and bornite, and you can easily identify it by its reddish-gold colour.

Copper is produced by massive stars and can also be found in our planet’s crust. The largest mass of copper found weighed a spectacular 420 tonnes!

This element is a key part of human and animal anatomy as well. In humans, copper is typically found in the liver, muscles and bones, with a value of 1.4mg and 2.1mg of copper per kilogram of weight being within normal parameters.

The name of this metal comes from the Old English ‘coper’, which, in turn, derives from the Latin ‘Cyprium aes’, which means ‘metal from Cyprus’.

Copper can be traced back to prehistoric times, as it was known to some of the world’s oldest civilisations. It is believed to have been the first metal to be worked by people (with the earliest use around 9000 BC) since it can be found in relatively pure forms – this means this metal doesn’t necessarily need to be extracted from an ore.

Historically, copper has also been used as pigments, as it was known to add blue or green colours to minerals like azurite and malachite. 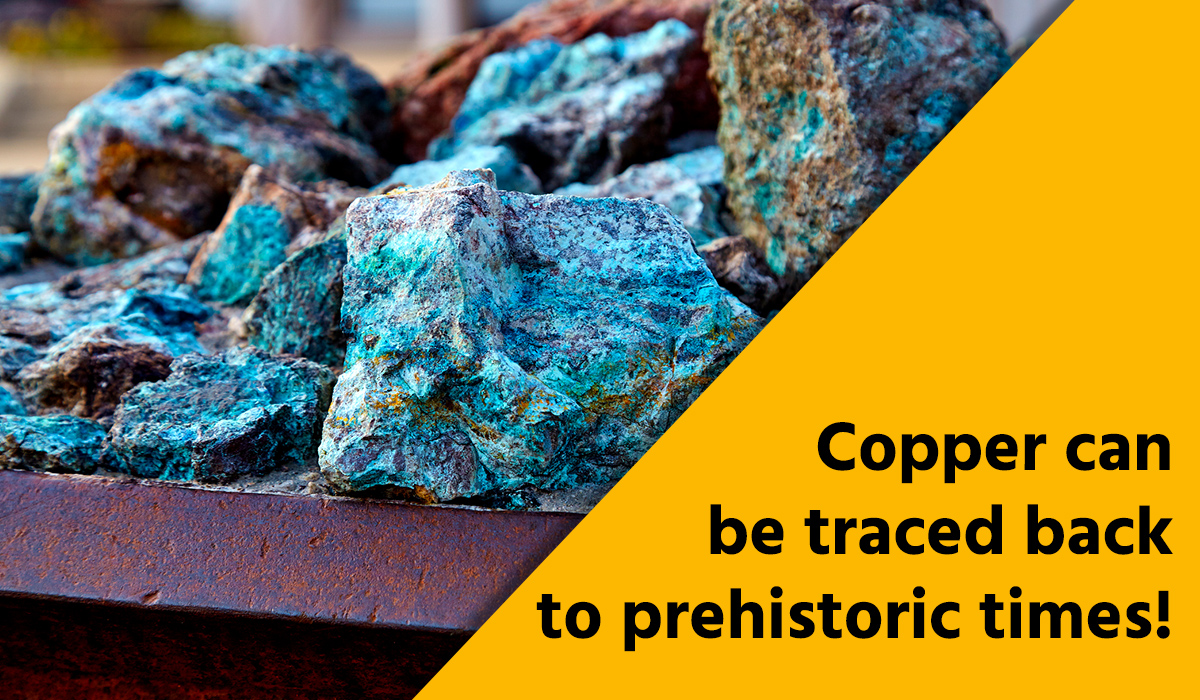 What Are the Properties of Copper?

Copper offers a wealth of properties that make it essential for modern metallurgy – and very useful in a variety of industries and sectors. Some of the most sought-after properties of copper and its alloys include the following: 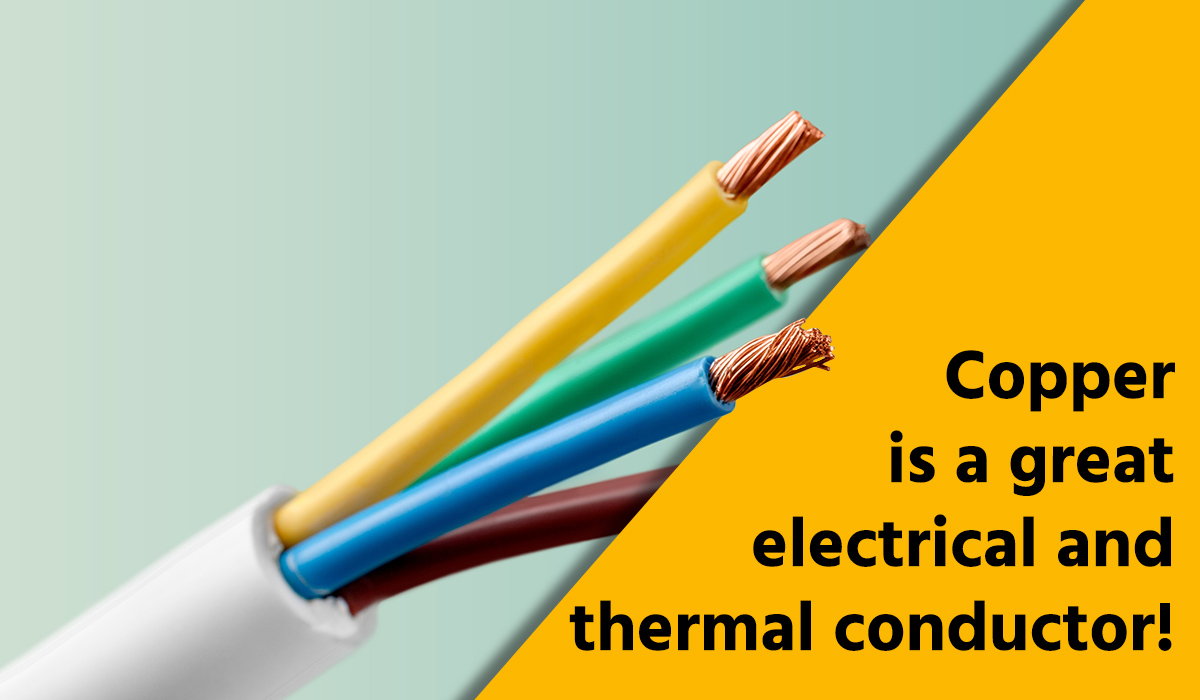 One of the interesting facts about copper is that it can, as mentioned above, be alloyed with different types of metals. The following list is by no means comprehensive, but focuses on some of the most used alloys instead:

Bronze – formed when copper alloys with a little tin, the discovery of this new metal led to the beginning of what is known as the Bronze Age.

Brass – when copper alloys with zinc, it creates brass, which is typically yellow in colour and used for a wide range of applications, such as musical instruments.

Cupronickel – this is formed when copper alloys with nickel, which creates a stronger metal used for coins, hardware, marine engineering and armaments manufacture, amongst other uses.

Sterling Silver – heavily used in jewellery, sterling silver is formed when other metals, such as copper, are added to silver.

Therefore, there are many uses of copper alloys, from everyday items to industry applications such as weapons.

What is Copper Used For?

Copper has a huge range of applications.

Because this metal conducts heat and electricity extremely well, it is used in electrical equipment, such as wiring, connectors and engines. Copper is also often used in construction (plumbing, for example) and industrial machinery.

It can also be found in boat propellers, saucepan bottoms, water tanks, underfloor heating, car radiators, TV sets, computers, and so much more. The antibacterial properties of copper and its alloys make them incredibly useful for food preparation, plumbing systems, door knobs and hospitals. Copper sulfate can be found in agriculture as a poison and an algicide in water purification.

Copper, brass or bronze can also be used for decorations, such as jewellery, statues and buildings parts (like roofing).

We firmly believe in doing our part for the environment, and this applies to copper recycling as well. After all, if we don’t have to mine, refine or produce copper, for example, the environmental impact will be lessened. And one of the great things about this metal is that it can be recycled without loss of quality and performance, meaning it can be easily put to other uses.

Europe’s demand for copper is, more and more, met by recycling. It is believed that 41.5% of the copper used in Europe comes from recycling, which is good news considering the global demand for this metal is now higher than ever.

In 2011, 2.1 million tonnes of copper were reused and, seeing as we increasingly depend on it (for our computers, solar systems, engines, electrical wiring, etc.), there is no downside to recycling it! Even the energy used to extract copper will be reduced, which will, in turn, lead to a decreased release of gases like CO2 into the atmosphere. 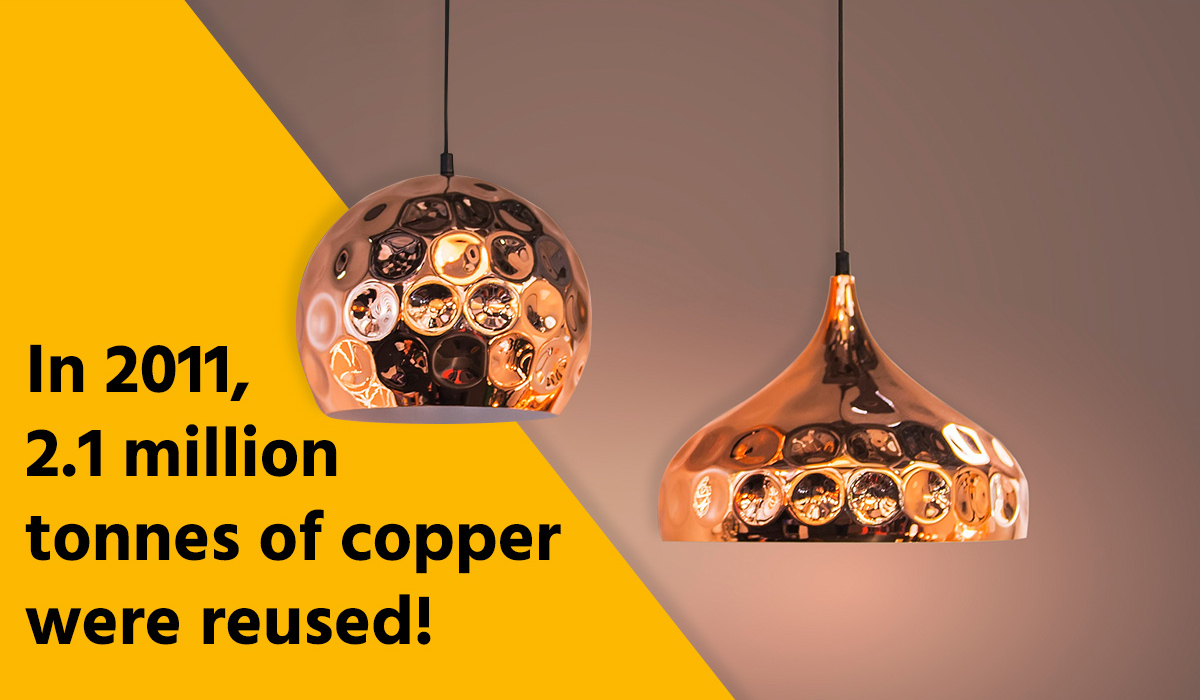 The applications of copper make it a sought-after metal by a large number of industries. At Morecambe Metals, we believe that being aware of the properties of metals can help you to know more about the materials you are using in your industry or projects. As we’ve become increasingly eco-conscious as a society, it’s crucial that we focus on sustainable ways to use metal, such as recycling.

To learn more about this or any of our other services, don’t hesitate to contact us or call us on 01524 69191. You can also follow us on Facebook and LinkedIn to stay on top of our latest news.