Recycling the Avengers: Metals in the Marvel Universe

At Morecambe Metals, we specialise in scrap metal recycling, so we can easily scrap domestic, commercial and industrial waste. But we also like to think about uses of metal on TV and on the silver screen, as you saw with our Game of Tonnes infographic – this time, we’re turning our attention to the Marvel Cinematic Universe (MCU).

We’re excited for the 2020 releases so, while we wait, we’ve decided to answer a very interesting ‘what if’ question: what if you could scrap the weapons and armour of your favourite Avengers superheroes into everyday objects?

How much metal could you save and reuse, be it for medicine, leisure or the food industry? Well, take a look!

Iron Man is one of the most popular heroes in the MCU – and will continue to be long after Endgame. Tony Stark’s Mark III suit of armour is, perhaps, the most iconic of them all. Any Marvel fan would immediately recognise the red and gold colours – but did you know the suit is made from a titanium gold alloy?

Weighing in at a respectable 90kgs, the armour is not exactly lightweight. However, it does exactly what Iron Man needs it to do; the alloy is strong and its features include great resistance to wear and to damage, making it a great choice to fight enemies and keep people safe. 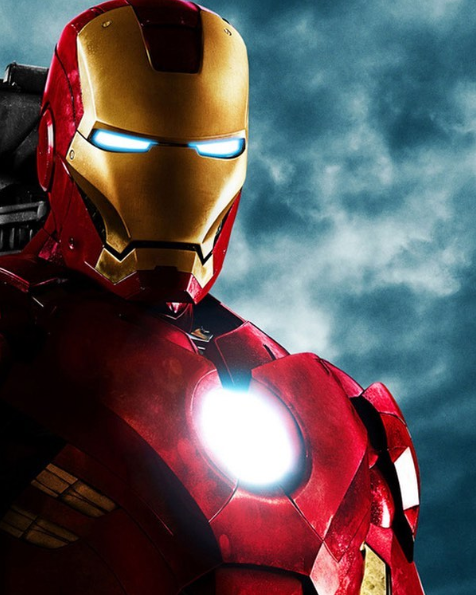 The shield used by Captain America weighs 5.4kgs and can be used as a weapon as well. The original shield was entirely made from steel but the famous round icon was made from vibranium, a metal capable of withstanding incredible amounts of stress and damage. Created by Tony Stark’s father, the shield was worn by Steve Rogers for many years and, eventually, it was given to Sam Wilson, the Falcon.

While vibranium is not a real metal, steel is – in fact, this metal is used for many different things, such as packaging in the food industry, since this is a strong metal with a high degree of resistance to corrosion. You can learn more about this material in our article “Metals and Their Properties: Steel”.

Captain American’s long-lost friend, Bucky Barnes has had a hard life, including surviving a fall that cost him his arm and being taken in by HYDRA to be turned into an assassin. The original metallic arm HYDRA gave him was made from a titanium alloy, probably with some steel mixed in for strength (and considering the arm weighs a hefty 18kgs).

Titanium is a strong, durable and tough material and, while the vibranium arm created by Shuri was certainly the better one, there is no denying the titanium alloy arm is instantly reconisable with its silver colour and contrasting red star design.

Scrapping 18kgs of titanium will give you 720 spectacle frames, 60 tennis rackets or 15 bicycle frames.

For millennia, Thor has used Mjolnir – if you follow the movies, you know he’s now using Stormbreaker instead. Mjolnir weighs 19.2kgs and is made from a fictional metal called uru. This metal is unique to one of the nine realms, Nidavellir, and requires equally unique methods to forge (for example, in order to even melt uru, the heart of a star needs to be used).

The metal is highly durable and capable of retaining enchantments well. While we don’t have anything in the real world with the same exact features, we do have an alloy called tungsten carbide that offers great impact strength and resistance to damage as well.

Sam Wilson, the Falcon, is well known for using a jetpack and wings to fly across the battlefield. His EXO-7 wings would have to be extremely light so that he can take to the air; and, of course, the design of the wings must support the weight of a full-grown adult.

Falcon’s wings weigh only 5.7kg and are made from carbon fiber. This lightweight material is also incredibly strong and impact-resistance, so they can withstand forces that would harm anyone else. Carbon fiber is used around the world due to its fantastic features.

If you were to recycle Wilson’s wings and use that carbon fiber to create other products, you would be able to make 142 phone cases, 67 pocketknives or 5 motorcycle helmets.

Once again, vibranium is highly prominent, as the Black Panther’s suit is made from this metal. It couldn’t be any other, considering vibranium was found in Wakanda and is heavily featured throughout the African nation. T’Challa wears a vibranium suit of armour that weighs only 2.7kgs, absorbs vibration and is highly resistant to impact.

If this metal was real, it would have an incredible array of applications, from technology to medicine. As it stands, only one material in the real-world shares some of vibranium’s characteristics: graphene. One of the main differences is, of course, the fact that graphene is a two-dimensional layer of atoms.

Metal is a critical component, not just in the MCU but in our world too. And, by scrapping and recycling metal, you are saving resources and contributing to a healthier planet.